In his 1993 book  “The Geography of Nowhere”, James Howard Kunstler explores how America became so ugly. Not politically and spiritually, just visually….ugly. I have read some of his other books such as “The Long Emergency” where he talks about peak oil and global warming, but this one is more about our public spaces and how they have been ruined by cars and suburban sprawl. He also blames modernist architecture, which is indeed awful. There is a lot about the American emphasis on freedom and individual, which led people to neglect public spaces in favor of their own homes.  Also he blames the ideal of “country living”, which made people flee the cities for the country, which they then ruined by turning it into the suburbs.

I was feeling quite smug while reading most it, thinking yes, I hate the suburbs, I live in the country, until I got to that last part. How can loving the idea of “the country” ruin the the country? This was something I had truly never thought of.  It reminded me of this thoughtful post about how cultivating our anti-consumerist image just enhances our materialism.

Kunstler argues “America reinvented (Eden)… called it Suburbia, and put it up for sale” (600).   And that “The people who lived there would not draw their livelihoods from it, either from farming or business. Rather, it was strictly a place of habitation and pleasure”(700). And “It was an artificial way of life in an inorganic community that pretended above all other virtues to be natural” (920).

What he hates most of all is our dependence on cars.  Not just because they are polluting our air and draining natural resources, but because they destroy society.  All our “public works” are roads.  We are slaves to our vehicles because we can’t do anything without them and take up an extraordinary amount of our time and money.  Being able to drive all over has caused us to develop rural land that never should have been developed beyond farmland.

Interestingly, the road I live on was indeed developed in the late 19th century, long before cars. There is a small cattle farm across the street from us that used to own our property. The cottage that existed here when we bought it was built almost a hundred years ago. Less than a mile down the road is an intersection with a little convenience store, a church, and a plumbing business. There is a church another mile down the road built in 1789. So this whole area was built for a car free society, and in just a few generations, getting around by anything other than car has become impossible.

I have a daughter in public school. I drive her there every morning because her bus ride would be an hour and ten minutes but the drive is only ten minutes. I am not going to put her on the bus for an extra hour to save resources, even though I understand that is wasteful as the bus drives right by out house every morning. I could homeschool, but that is not the cards for me right now (my husband is considerably more “mainstream” than I am), and also we would still be going out during the day.

Now here we are, isolated by our freedom. When you can “just drive somewhere” there suddenly becomes no alternative. The road in front of my house has a 45 mph speed limit and no sidewalks. The corner convenience store has devolved into a creepy place no one wants to go, because any respectable person would drive to the grocery store five miles away or the Walmart a few miles past that.

Old fashioned, sustainable country living does not mean having a beautiful view from your front porch and also driving twenty minutes to get anywhere. It means making your land your job, and basically never leaving. It means if you can’t walk there or ride your horse there, you don’t go. Luckily you live with extended family to keep you company. The corner stores and churches are all you have. It means you are not relying on trucked in animal feed or fertilizer, but are grazing animals, growing hay, fertilizing with manure. I don’t think many of us are ready for that, or capable of that.

So yes, I am basically living on a large suburban lot. I take my kids to school, church, soccer, and ballet. I, myself go to the grocery store and library once a week, Costco once a month, rarely the post office or bank. Even though I am home all the time, I drive every day because of my kids. If I didn’t have kids, would probably have (horrors) a job that I drove to. I see now that moving out here is contributing to the problem of a spread out society that is completely fuel dependent.

I’m not sure what I can do about it though. Moving, besides being completely out of the question, would fix nothing because someone else would buy this property and subdivide it, compounding the problem. I would move….where? Into town? The schools are terrible, so I would be driving them to a private school even farther away. There is no walkable grocery store in town either. A seasonal farmers market and a fancy butcher, but no way to get pantry goods. I would still be car dependent.

I understand and somewhat agree with Kuntzler that cars have basically ruined our way of life. But there is no going back. He sees this as as well, and the book is not a call to action by individuals, but more a critique of society in general.  He proposes land use agreements (where counties buy development rights from land owners…the farm across the street from us has such an arrangement) and smarter urban zoning as potential cures to American ugliness.  But I don’t think much will change until our current way of life become impossible or unaffordable.  One day maybe gas will become insanely expensive and the church on the corner will have its own little school. I will be able to ride my horse and cart into town to go pick up a twenty pound bag of flour and go to the library. But for now, I am just another suburban housewife, driving around.

The Geography of Nowhere: The Rise and Decline of America’s Man-Made Landscape

(Affiliate link, if you are interested in reading it yourself)

I believe a life at home is still full of purpose.  I’m here to show you how to build a simple life you’re proud of with your own two hands.  Learn more here, or visit my privacy policy.

For Planning Your Days 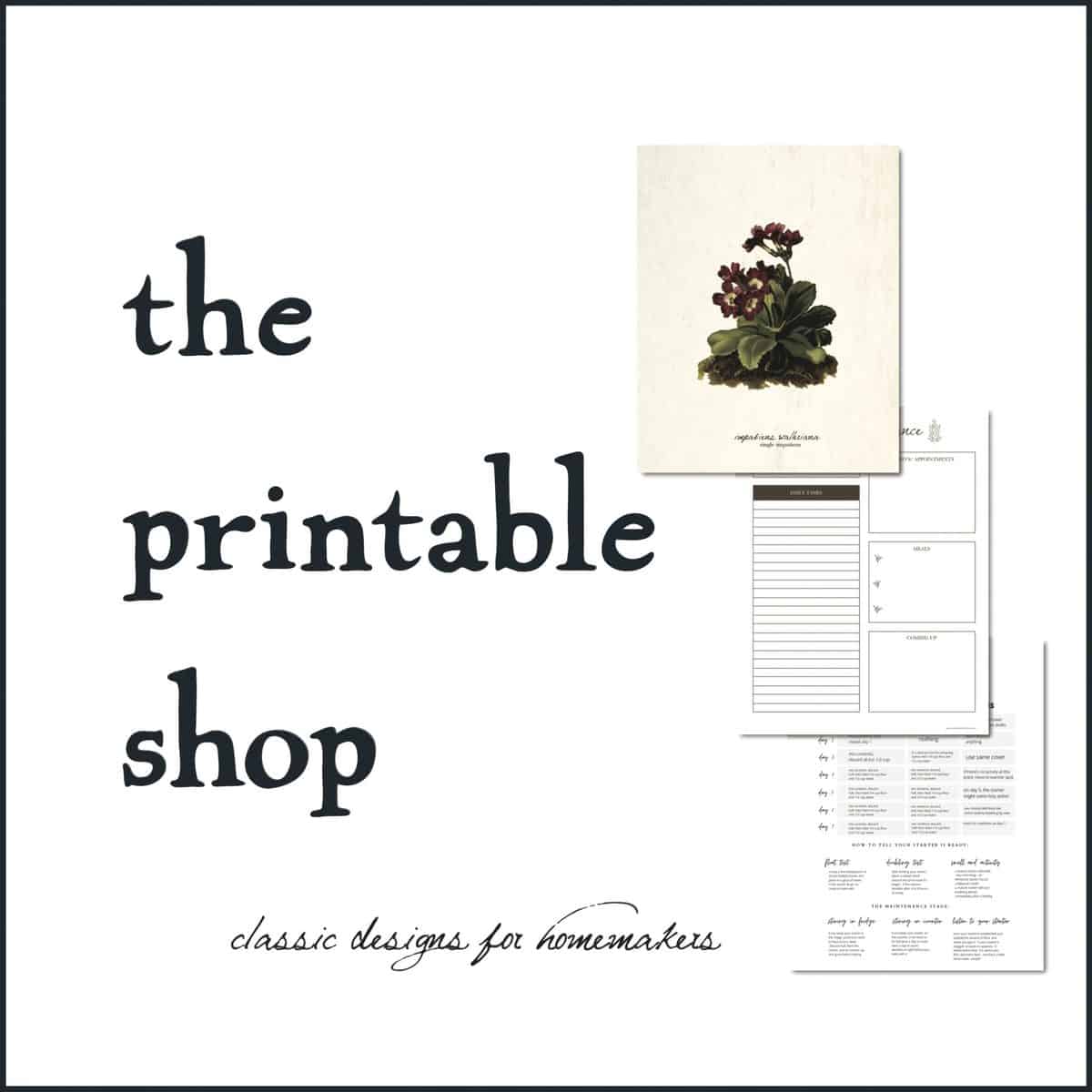